The COVID-19 pandemic created a profound economic crisis, which is impacting many sectors and activities throughout the world. Since the onsite of the pandemic in March, Brazil, like the rest of the world, has been dealing with the challenges of keeping its economy going.

Now with two quarters worth of data in, we are getting clearer picture of how the market is performing.  After an initial downturn, the CRE market has made a partial recovery, with both income and appreciation returns moving into positive territory on a nominal basis.  With inflation spiking, hoROI for commercial real estate in Brazil increases during the third quarter of 2020wever, real returns are meager.

One byproduct of the economic crisis has been low interest rates, which have made real estate stand out as an investment option on a risk-adjusted basis.  This is evidenced by the fact that during the pandemic the number of individuals investing in public real estate funds known as FIIs surpassed the 1.0 million mark.

"For commercial real estate, this trend has flooded financial resources into the sector.  With greater liquidity, the search for solid and well performing assets is increasing,” says SiiLA Brasil's CEO, Giancarlo Nicastro.

The SiiLA Brasil Index or SBI, provides an analysis of the income and appreciation returns for capital invested in institutional grade commercial real estate in Brazil.

In the third quarter of 2020, the variation of the SBI-Geral (an equal weighting of three property types: shopping malls, offices and distribution warehouses) showed an increase of 1.54% in return on income when compared to the previous quarter.

"This increase was driven mainly by the logistics sector in Brazil, which increased to 2.37%  during the third quarter.  In terms of the value of assets, shopping malls have fallen to 2018 levels, eroding approximately 5.76% in value over the last 12 months," said Nicastro.

For the office market, properties did not depreciate further in the last quarter. "A handful of large acquisition and sale transactions were concluded during the quarter and many of these involved guaranteed minimum income on the part of the sellers that helped boost the sale prices of the assets," the executive noted.

As of November 2020, SiiLA Brasil has openly made available a new analysis tab at siila.com.br/index, from which it is possible to cross SBI-Geral data with other market indices, such as Ibovespa, IFIX, CDI and US Dollar.

"To facilitate the understanding of the return on income, capital and the total return of SBI-Geral, we are pleased to announce that we have launched graphs that allow you to analyze the performance of commercial real estate against other key indices,” says Nicastro. 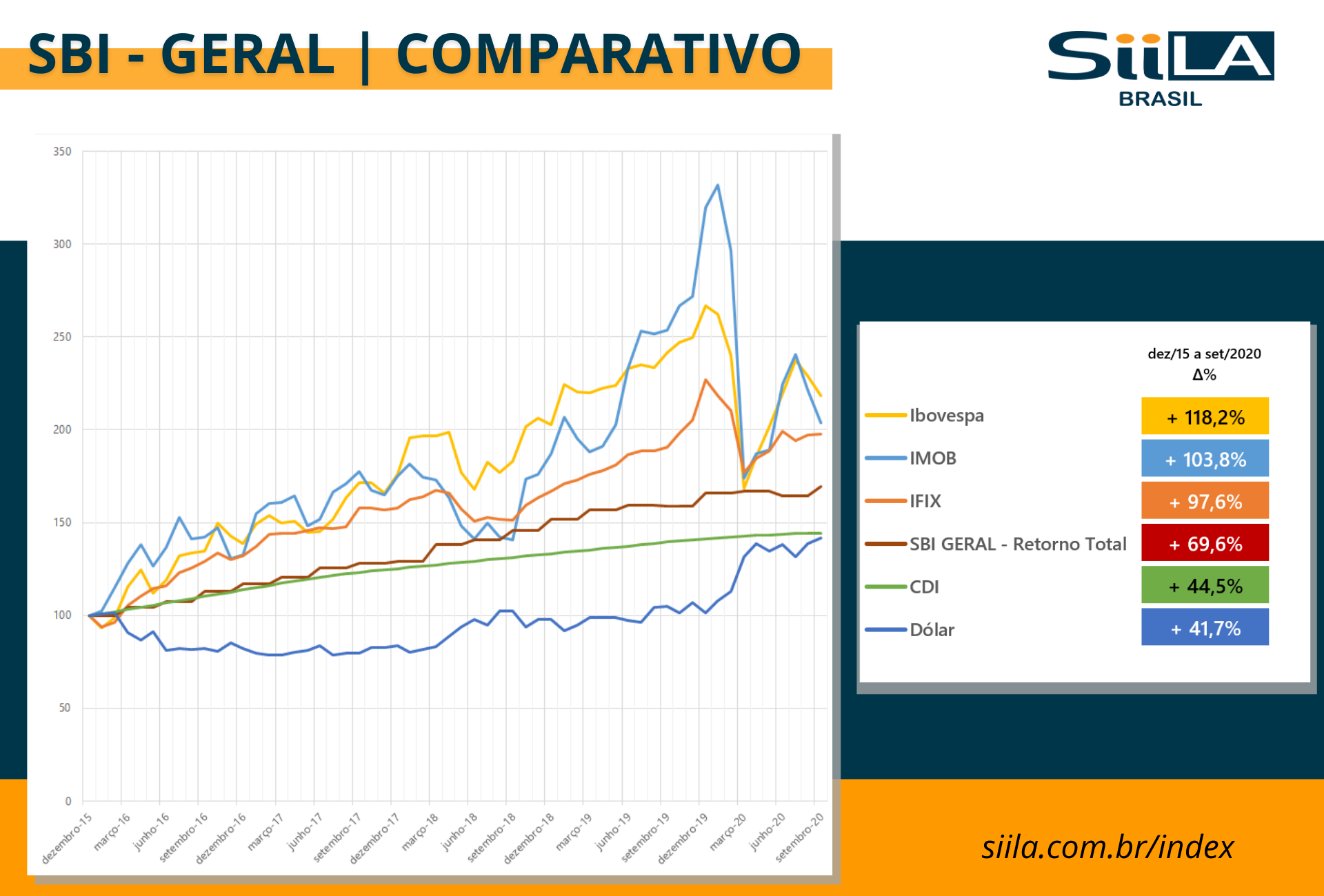 Retail According to Darwin
Read more

Get your real estate and infrastructure news and insights through our innovation hub newsletter. The news will be tailored to your preferences.
You are free to adjust your preferences or unsubscribe at anytime
Send