Will India’s first REIT stand the test of time?

3 MIN READ•July 04, 2019
With Blackstone and Embassy launching India’s first REIT, GRI Club’s senior group of leading investors, developers and lenders gathered on the 27th of June to discuss the impact that REITs will have on the real estate market. Some believe their arrival in the country ushers in a new era of emerging investment opportunity and further institutionalisation of existing assets; however some remained skeptical about the profitability and capital structure.

The meeting started buoyantly with a snapshot of the performance of India’s first REIT’s,  including a 25% increment in valuation and a dividend yield potential of 6.2% (which is considered the highest across the markets).
Having said this, the 6.2% is fixed base but not an assured return as if the rent goes down or if there is a vacancy you may get less. 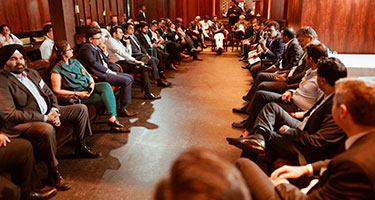 It must be noted that this already is a large portfolio and hence it makes it hard to analyse the numbers accurately.
Furthermore, the valuation of the REIT is very volatile and varying according to the portfolio of assets. An escalation of ~5% in lease rentals plays an essential role, which while uncertain is bankable due to a number of factors. For one, it is a well known fact that the cost of fitting out the lease properties are higher than the construction cost itself. As a result of this Embassy-Blackstone REIT is majorly into leasing bare shell or warm shell properties to Grade A tenants with lock ins. This results in making it difficult for the tenant to terminate the lease early and they need to be prepared to stay longer, while several got the impression that it has a less than favourable capital structure.

Is India likely to see more REITs being established?

REIT has positioned itself as a great investment alternative as it’s essentially equity with a fixed income stream. As a result of this, investors looking to get fixed income are flocking to REIT. 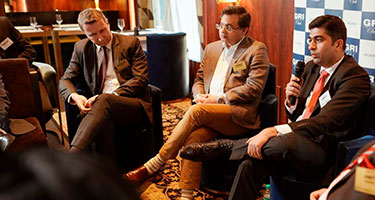 These also provide investors who cannot go out and buy an asset an opportunity to enjoy the rental yield and while it’s not a liquid asset it is semi liquid with a higher post tax return.
The general consensus is that any REIT would have to bring under developed assets on their portfolio to value-add their way into a development margin, as with a 100% developed portfolio the margins would be way too thin. 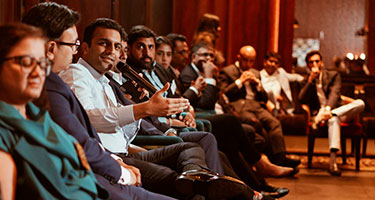 Also, industrial asset class has a lower shelf life than an office building with limited end users. On the flipside the weighted average lease expiry are much longer than office assets.
The most attractive thing here is the warehousing development cycle is considered being half as long as the office development cycle - ideal for quick construction and yield.

The senior real estate leaders present at the meeting agreed that the warehousing space in India is reaching 600 million sqft and being far away from a mature stage is entirely possible for an emergence of a REIT. However, while it is too early for anyone to call, the logistics space could absolutely be the next REITable asset.

For more discussion on REITs, warehousing and everything else concerning Indian real estate, India GRI 2019 is taking place on the 18-19 September in Mumbai.

India’s Real Estate Valuations: How will the new reality be reflected?
Read more

The Great Reopening of the Global Hospitality Industry
Read more

Pricing and Asset Resilience in APAC During COVID-19
Read more

Get your real estate and infrastructure news and insights through our innovation hub newsletter. The news will be tailored to your preferences.
You are free to adjust your preferences or unsubscribe at anytime
Send