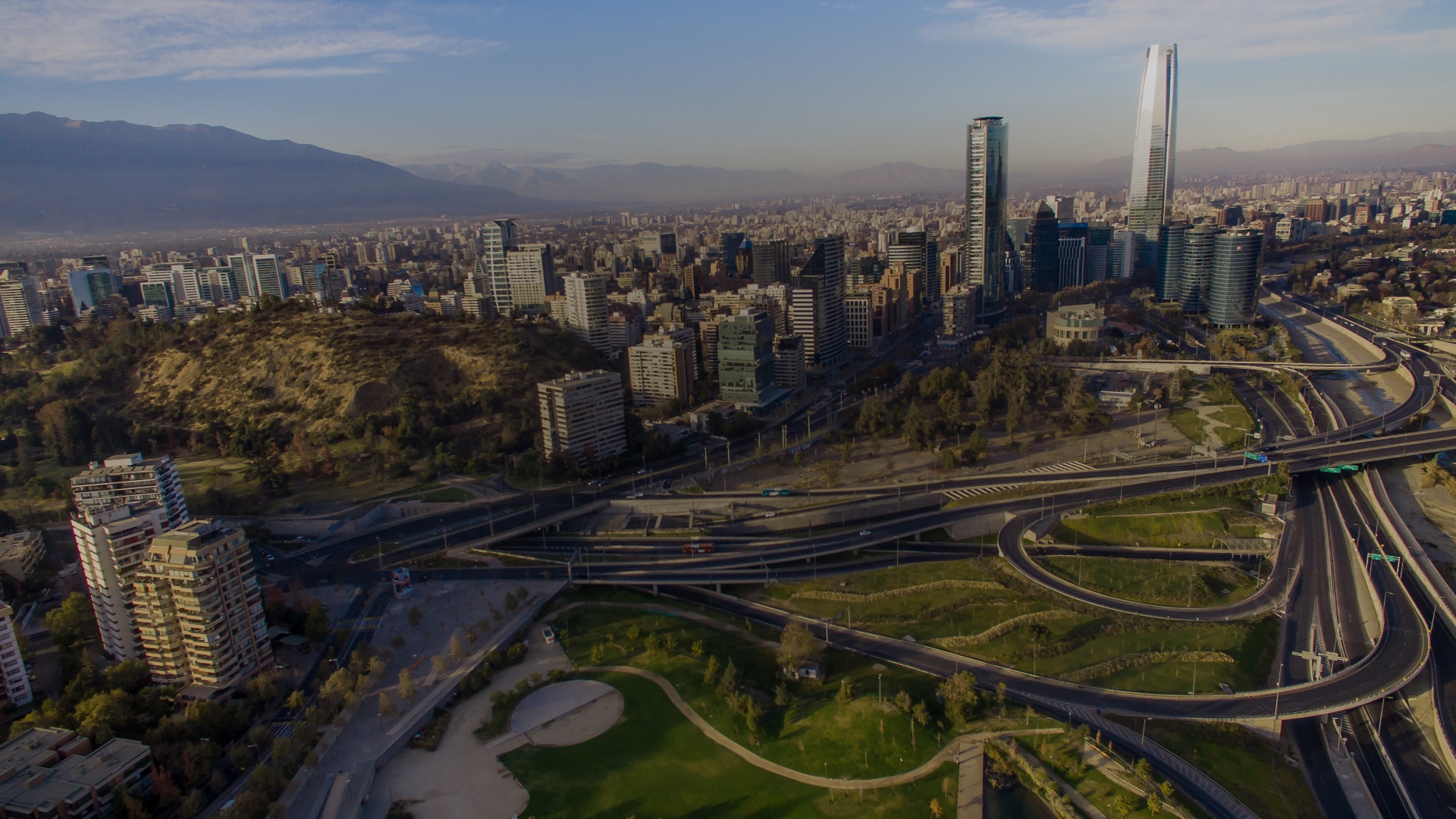 The GRI Club Infra Chile is part of the GRI Club Infra, a global club of leaders in the Infrastructure sector. GRI Club brings together investors, developers, operators, lenders, government officials and other industry specialists.
GRI Club’s mission is to connect the decision makers driving the industry forward and contributing to the creation of meaningful relationships and new business opportunities
Membership criteria
Club membership is by invitation only and reserved exclusively for chairmen, presidents, CXOs and directors of Infrastructure investors, developers, operators and lenders. Those whom fit the criteria and would find it useful to join the club are welcome to enquire.

Club activities
GRI Club Infra Colombia hosts various activities among those behind closed doors club meetings throughout the year and the topics covered are requested by the membership. The annual conference is open to non-members, as the club meetings are reserved exclusively for the GRI membership.

http://ryq.cl/
+56 2 23391700
Santiago | Chile
R&Q Concesiones is a project originator and investment promotor in public infrastructure. Its business is focused on major projects awarded by chilean governement under a PPP Scheme.

http://www.agunsa.com
+56 2 24602700
Las Condes | Chile
With a presence in more than 20 countries AGUNSA is a leading multinational company in agency services and logistics. AGUNSA operates the airports of Serena, Calama and Magallenas in Chile.

http://www.btgpactual.cl
+56 2 2490-5055
Santiago | Chile
BTG Pactual is an innovative global financial firm that operates as a meritocratic partnership with a passion for consistently creating value for its clients and shareholders.

Cristina
Cristina Pardo de Vera
CEOR&Q Concesiones e Infraestructura
Chile
Cristina joined R&Q in 2015 as a Head of PPP Investment. She holds an Economy degree from the University of Santiago de Compostela and a Master´s degree in Infrastructure Management from the Polytechnic University of Madrid. Prior to joining R&Q Cristina worked in several countries in Africa, Asia, Europe and America as CEO of multinational engineering companies and advised Banks, IFIs and Investors in infrastructure projects, with a remarkable specialization in PPP structures. Cristina also served as Strategic Director for Ayesa in Spain and now is part of the Commercial Board of R&Q Group in Chile. Today Cristina manages a portfolio of infrastructure investment of more than USD 1,000 Mill in Chile.

Fernando
Fernando Carrandi
VP of Airport Investments & OperationsAgunsa - Chile
Chile
Fernando has 15+ years of broad experience in the infrastructure finance and development sector including his current leadership role as chief executive for a group of three regional airports in Chile. He has also served in an executive/board support capacity to the Board of Directors for the Arturo Merino Benítez International Airport PPP project in Santiago, with an aggregate of 18 million pax/year. He also has extensive background in executive and director roles for various airport developments in Latin America and the Caribbean with focus on airport privatization projects, PPP financing and airport administration, bridging public and private sector oversight. In Montego Bay, Jamaica, he served as Chief Financial Officer.

Javier
Javier Contreras
Partner and Director of InfrastructureAmeris Capital
Chile
Partner and Director of Infrastructure at Ameris Capital, where he actively participates in project finance, valuations, advisory services, and mergers and acquisitions. He has more than 24 years of experience in Chilean investment banking, having led the investment banking of Santander Investment in a period characterized by the concession boom, takeover bids and the resurgence of IPOs in the Chilean market. Later, he was Director of Investment Banking and Capital Markets at BanChile Citi Global Banking & Markets. He is an industrial civil engineer from the University of Chile.

http://www.grupoccr.com.br
+55 11 3048 6396
São Paulo | SP | Brazil
CCR Group is one of the major infrastructure concession companies in Latin America. Divided into four business units, CCR Highways SP, CCR Highways BR, CCR Mobility and CCR Airports, the company operates in the main transportation modes in the region. In the road segment, it controls 3,265 kilometres of highways in four Brazilian states where the highest concentration of GDP passes through. In the transportation of passengers, it holds the concessions of lines 4 and recently won the auction to manage lines 5 and 17 of the São Paulo metro system. In addition, it is responsible for the boat system and the VLT in Rio de Janeiro and the subway operation in the capital of Bahia, Salvador. In airport concessions, the company operates in the airports of Quito (Ecuador), San José (Costa Rica), Curaçao and Belo Horizonte (Brazil). Besides, the CCR Group also has expertise in high-capacity data transmission and airport services in the United States.

http://www.abb.com.pe
+51 1415 5100
Lima | Peru
ABB is a pioneering technology leader with a history of innovation of more than 130 years. ABB is a leader in digital industries with four customer-focused businesses: Electrification, Industrial Automation, Motion, and Robotics & Discrete Automation.

http://www.bakermckenzie.com
+1 212 626 4100
New York | USA
Baker McKenzie is recognized worldwide for its best-in-class client service, practices and for carrying out the most deals year-after-year through our unmatched global platform across 77 offices and 47 emerging and developed countries. Companies based in or with operations in Latin America, routinely rely on our leading cross-border and Latin America energy, mining & infrastructure attorneys for their most important transactional and disputes matters. As the largest law firm in Latin America with over 850 attorneys, we offer clients 60+ years of on-the-ground presence in the region, unique coverage in Latin America across our 15 offices and 7 countries*, and from major finance centers globally. *Through a cooperation agreement with Trench Rossi Watanabe, a Brazilian law firm

http://www.deloitte.com
+55 11 5186-1000
São Paulo | SP | Brazil
Deloitte is one of the world’s leading firms, delivering outstanding management, consulting and advisory services in 154 countries, to more than one-half of the largest companies listed in Fortune Global 500, as well as public enterprises and institutions, locally important clients and fast-growing multinational companies. Deloitte is committed to driving economic growth and supporting a sustainable society. Using the Deloitte Network’s insights to handling challenges and opportunities is the gateway to achieving individual growth, business success and to creating a prosperous society. Deloitte has an infrastructure and capital projects team that provides a wide range of services throughout the asset lifecycle, combining global best practices from their experience on the world’s largest and most complex projects to help clients to maximize the value of their investment. We advise public and private sector projects commissioners, as well as both sides of a public-private partnership.

http://www.fticonsulting.co.uk/
New York | USA
FTI Consulting, Inc. is a global business advisory firm dedicated to helping organizations manage change, mitigate risk and resolve disputes: financial, legal, operational, political & regulatory, reputational and transactional. Individually, each practice is a leader in its specific field, staffed with experts recognized for the depth of their knowledge and a track record of making an impact. With more than 4,700 employees located in 27 countries, FTI Consulting professionals work closely with clients to anticipate, illuminate and overcome complex business challenges and make the most of opportunities. Collectively, FTI Consulting offers a comprehensive suite of services designed to assist clients across the business cycle — from proactive risk management to the ability to respond rapidly to unexpected events and dynamic environments.

https://brasil.marsh.com/
+55 11 3741-1441
São Paulo | SP | Brazil
JLT Specialty (JLT) provides insurance broking, risk management and claims consulting services to large and international companies. Our success comes from building service teams who work side-by-side with clients, our network and the market to deliver responses which are carefully considered from all angles. JLT Construction is the leading specialist broker for owners, contractors, and providers of project funding. With over 400 construction specialists across the world our team is experienced in understanding both the local and global concerns that our clients face. For 30 years our collaborative approach has delivered efficient solutions that set new industry standards – ensuring greater protection for project owners, contractors, government departments, developers, and investors. Our specialization enables us to have a extended understanding of each client’s business environment, allowing us to design customized products and services that actively deliver value for our clients.

Technology and Digitalization in Real Estate: What have we learned so far?
Read more
←  SHARE
INFRASTRUCTURE